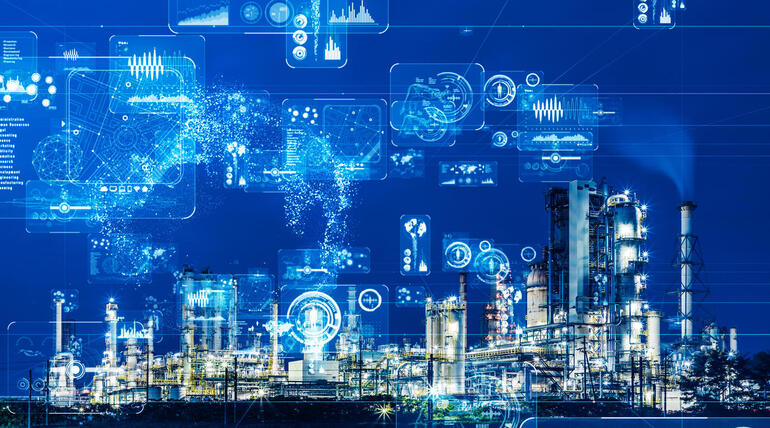 To keep up with tech competitors, businesses must make the most of their data in this Data Age, stressed a recent report from Splunk research, “The Data Age is here. Are you ready?”

Businesses not only risk falling behind but become subject to and vulnerable to myriad potential cybersecurity breaches. Eighty-six percent of organizations said today they’re not ready for the fast-approaching next stage, with only 14% indicating they’re prepared.

But the business leaders all seem to understand the value of data: 81% responded that data is “very” or “extremely” valuable to their organization, and 47% of them admitted they fear they’ll fall behind competitors.

The sheer volume of data grows so exponentially, and it’s faster than the average organization can keep up, the report revealed. Two-thirds (67%) of respondents expect to witness the quantity of data to grow nearly five times by 2025.

The 2,260 people surveyed by TRUE Global Intelligence as directed by Splunk, are global business and IT managers from the US, France, China, Australia, UK, Germany, Japan, and the Netherlands.

“The Data Age is here,” said Doug Merritt, president and CEO of Splunk, in a press release. “We can now quantify how data is taking center stage in industries around the world.”

Emerging technologies accelerated, powered, and contributed to the continual rapid growth of data. Nearly half (49%) of respondents expect to use the emerging tech to harness data’s power, but on average, only 42% of each representing the technologies (listed below) believe they have complete comprehension of all emerging tech.

Leading emerging technologies, according to the research:

Despite the real threat of anxiety, data remains valuable

IT leaders see the major opportunity in the increasing volume of data and believe the data is “extremely” or “very valuable” to their organizations for overall success (81%), innovation (75%) and cybersecurity (78%).

Unsurprisingly, many organizations are intimidated, overwhelmed, and unprepared to review data in its complexity completely or ready to manifest real-time action to manage the data.

Many respondents were in agreement regarding the work they need to do, by first recognizing the Data Age as a concern, and accept there will be actions necessary to use the reviewed data effectively, to the company’s advantage.

Not all industries are at the same level of preparedness

The Data Age’s emergence and subsequent adoption of emerging technologies across industries is quantified in the report.

Countries like the US and China, often identified as tech leaders, are “more likely” to be optimistic about handling Data Age opportunities, the study found.

The global average for identifying and harnessing the exponentially rising data is 58%.

The Chinese are the leaders in optimism regarding the impact of emerging tech, and 90% of Chinese business leaders said they expect the value of data to grow and are prepping (83%) for what’s coming, compared with just 47% across all regions.

Americans rank second in confidence in their ability to prepare for the rapid growth of data, with 59% indicating that they are “at least somewhat” confident.

The conversation in the tech world in France is focused on something else, because 59% of respondents said that no one in their organization is having conversations about the impact of the Data Age.

Meanwhile, in Japan 67% say their organization is struggling to stay up to date,

In the UK, managers report “relatively low-current usage of emerging technologies but are optimistic about plans to use them in the future,” noted the report. For example, just 19% of UK respondents said they currently use AI/ML technologies, but 58% said they will use them in the near future.

“As this new research demonstrates, organizations understand the value of data, but are overwhelmed by the task of adjusting to the many opportunities and threats this new reality presents,” Merritt said. “There are boundless opportunities for organizations willing to quickly learn and adapt, embrace new technologies and harness the power of data.”