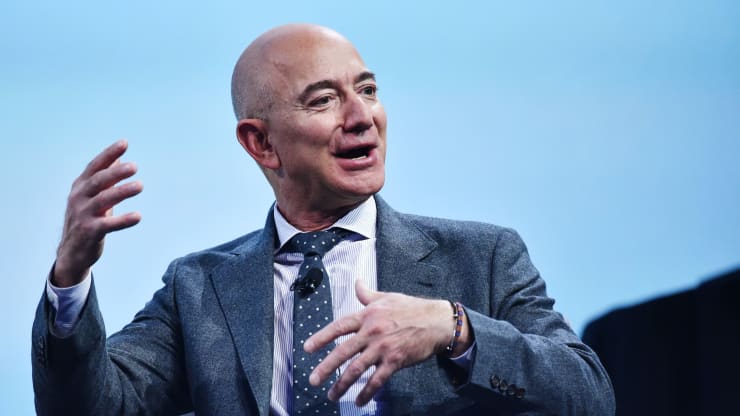 Amazon is shelling out more than $1 billion on self-driving car company Zoox, one of its most expensive acquisitions ever. But CEO Jeff Bezos is going to have to invest many multiples of that to bring the nascent technology to market.

The deal, which was announced on Friday and had been in the works for months prior, pits Amazon squarely against Alphabet spinout Waymo, GM’s Cruise, Uber, Tesla and even Apple, which is doing its best to keep its self-driving project secretive. Waymo raised $2.25 billion in outside funding in March, its first external financing, in preparation for the long haul.

Autonomous driving is a pure bet on the future, requiring a ton of capital to manufacture and test systems and lobby policymakers, with no certainty about when or if the market will tip in its favor. For six-year-old Zoox, which had been valued by private investors at $3.2 billion in 2018, selling to Amazon at a discount became its best bet as the coronavirus pandemic made it particularly hard to raise capital for any company that lacks a working business model.

From here, Amazon will likely have to spend $2 billion a year in ongoing development to get Zoox technology into the market, according to people familiar with the matter who asked not to be named because the projections are confidential. Katrin Zimmermann, managing director at TLGG Consulting, agrees with that estimate and added that $33 billion was invested into the autonomous car market last year. She predicts Amazon will likely have to invest 10 times the purchase price before Zoox is ready to roll.

While it could be a decade or more until we have fully functional and commercialized autonomous cars roaming U.S. streets, Zimmermann said that Amazon can use pieces of the technology for its last-mile delivery operations, which are core to its broader business.

“Amazon is all about fast, efficient effective delivery solutions, and they have been looking into all the components that will allow for them to do that,” Zimmermann said. “We might see it earlier than in mass market commercialization opportunities.”

Forecasts for the self-driving car market have been all over the map. In a 2017 report, McKinsey predicted that self-driving cars were five to 10 years away, though advanced driver assist technologies, like emergency breaking and self-parking systems already represented a $15 billion market. Morgan Stanley acknowledged last year, in cutting its valuation on Waymo, that it “underestimated how long safety drivers are likely to be present within cars and the timing of the rollout of autonomous rides-sharing services.”

Tesla’s Elon Musk has said that robotaxis will be on the road by the end of this year, but he’s notoriously aggressive and often incorrect with his predictions. And BMW and Daimler formed a joint agreement last year, targeting a market launch for autonomous vehicles by 2024.

Not many companies have the size and capital structure to adequately compete in the long term, particularly with the uncertainty caused by the coronavirus. Multiple car manufacturers were involved in the bidding process for Zoox, but backed out as Covid-19 became a pressing concern, said people familiar with the matter.

A Zoox representative said the company wasn’t offering interviews and Amazon didn’t respond to a request for comment.

Amazon said in a blog post that completion of the deal is “subject to customary closing conditions.” Zoox CEO Aicha Evans, who will stay on after the acquisition, said in the post that, “We now have an even greater opportunity to realize a fully autonomous future.” Amazon’s Jeff Wilke, CEO of the consumer business, said “we’re excited to help the talented Zoox team to bring their vision to reality in the years ahead.”

Amazon had been toying around the edges of the autonomous car market, leading a $700 million investment in electric vehicle start-up Rivian in 2019 and also backing Aurora, co-founded and led by Chris Urmson, the former technology chief of self-driving cars at Alphabet. Buying Zoox is by far its biggest jump into the market, especially considering the business isn’t close to generating revenue.

It’s a stark contrast to Amazon’s previous billion dollar-plus purchases. When Amazon bought Whole Foods for $13.7 billion in 2017, it acquired one of the leading super market chains and a company with a fatter operating margin than its core business. After that, Amazon’s largest deals include the purchase of smart doorbell maker Ring last year, online pharmacy PillPack in 2018, game streaming site Twitch in 2014 and internet shoe seller Zappos in 2009. Each deal was close to $1 billion and brought with it a solid business.

Zoox will be a new experiment for Bezos. David Somo, senior vice president at ON Semiconductor, said in an email that the acquisition is likely more focused on bolstering distribution, as opposed to developing a fleet of autonomous passenger cars to compete with Uber and Lyft.

“This fits well into Amazon’s model for automating its distribution network spanning from warehouse robotics, to last mile delivery services,” Somo wrote. He added that the acquisition should “drive operational efficiencies, scale and eventually result in substantial cost savings across their distribution network.”