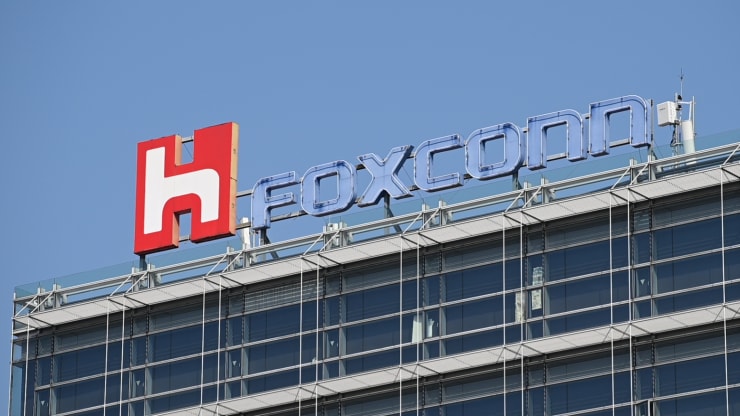 The Foxconn logo is displayed on a Foxconn building in Taipei on January 31, 2019.
Sam Yeh | AFP | Getty Images

The technology giant is best known for being a major assembler of consumer electronics products such as smartphones. But the latest announcement pushes Foxconn into a market which could be worth over $800 billion by 2027, according to Allied Market Research, as it looks to diversify its business.

William Wei, an executive at Foxconn, said the company’s aim is to be come the Android of electric vehicles, in a reference to Google’s mobile operating system.

“We believe that to be our mission,” he said.

Android, the world’s largest mobile operating system by market share, managed to become dominant because it is open source. That means smartphone makers can use the near-ready-made software on their smartphones but also customize it to their needs. In comparison, Apple’s iOS is only for iPhones and is tightly controlled by the Cupertino-based giant.

In that vein, Foxconn introduced what it called the “MIH Open Platform.” It is essentially a set of tools that would allow a company to design large parts of an electric car that would be manufactured by Foxconn.

Carmakers can choose the chassis design of their cars from SUVs to sedans and customize it however they wish, from the distance of the wheels to the size of the battery. Foxconn calls its platform “modular,” which means some components could be replaced and upgraded at a later date.

But Foxconn is also offering software that developers can build upon. Some of it relates to mission critical functions and driverless cars.

It appears Foxconn is trying to get together nearly all the parts required for an entire car.

The company said it is working on so-called solid-state batteries, which are seen as the next-generation evolution of the current lithium ion batteries used in cars. They could unlock further ranges and more efficiency. Foxconn said it expects to launch a solid-state battery in 2024.