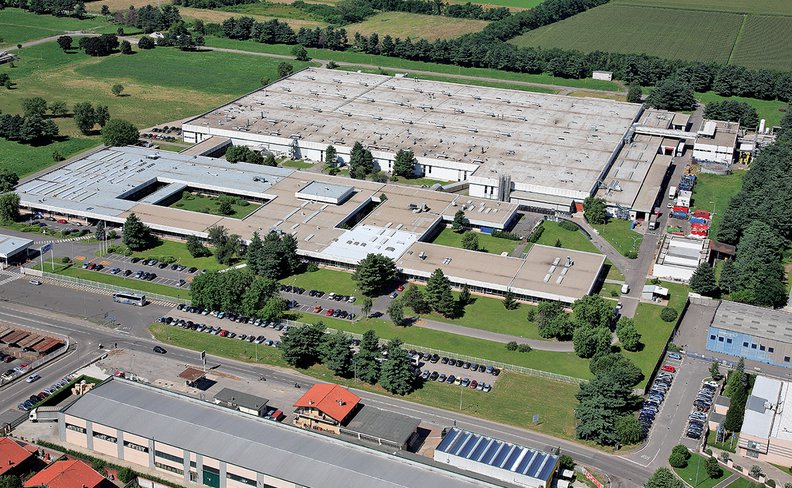 The former Magneti Marelli headquarters in Italy will be the supplier’s electronics business HQ.

You didn’t think Beda Bolzenius and KKR & Co., the New York investment house behind him, were finished, did you?

The new company’s CEO, Bolzenius, is a 63-year-old German who spent the first half of his career moving up through the management of Johnson Controls Inc., of Milwaukee, including nearly eight years working in Detroit.

He now finds himself in an office in Tokyo, working to blend a storied Japanese management team with an equally accomplished group in Italy, under the umbrella of KKR, with its expectations for return on investment. He must stitch them into a seamless enterprise — now called Marelli — for a future in which automakers are seeking new technologies and are looking beyond components and supplier relationships that worked in the past.

But there is more to come, Bolzenius revealed.

“There will be a need for two or three more technologies,” Bolzenius told Automotive News during a stop in Detroit, without providing details. “We are covering most parts of electrical powertrains, but we’ve identified our technology gaps and we are actively screening the market for certain options and we are ready for a couple of acquisitions.”

What KKR and the executive team have in mind, Bolzenius indicated, is the creation of a new player — probably to be spun off as a publicly traded entity — that will be able to deliver vehicle systems. Speaking of KKR’s vision, Bolzenius used the industry term “Tier 0.5” for a supplier that’s big and diverse enough to produce most of a vehicle if an automaker requests it.

“They are now talking more about the Tier 0.5 supplier, sitting on the systems side and the component side, and we are targeting to get there,” he said.

The plan is to move further into autonomated driving, with the Italian part of the company poised to grow in the critical area of object detection through its headlamp business. KKR, which controls nearly $200 billion in assets of 107 companies, sees electrification as a logical play. The combined suppliers’ electronics businesses will evolve deeper into areas of human-machine interface.

“We already have good cooperation with sensor companies, as well as great technology on the camera side,” he said. “We’ll work with companies that do the algorithm development, so that we can move from the pure detection part into more of the recognition part and make the whole detection and recognition part more efficient.

“Further acquisitions are in discussion,” he said. “At this point, we are finalizing our five-year business plan and cannot disclose any more precise investment numbers.”

But first, Bolzenius and his team must weave together two companies from opposite sides of the planet, with 170 locations and 62,000 employees.

For the next eight months, Bolzenius will travel to a different continent each week to ensure the new company correctly integrates its culture. A critical piece of that involves respecting the two suppliers’ national cultures, especially Japan’s sensitivity toward stability and loyalty.

“In Japan, you need good arguments to defend change,” he said of the Calsonic side. “They are very sharp in questioning any change without proof that it’s the better option. Change is never a reason for itself. It will be really important for us to share success stories that shows the change we are driving now through integration.”

He said workers on the Magneti Marelli side have been interested in receiving confirmation that the deal had closed, but they also worried about how the two companies would combine. Bolzenius has tried to be transparent. On June 7, he gathered 500 people from both companies for a town hall meeting to get people onto the same page with information.

“We are penetrating the electrification market with key customers,” he said. “These are the stories we need to convey to our Japanese and Italian employees.”

To add to the challenge, Bolzenius said he is homesick for his family, which as a result of his years in North America, still lives in Mexico. Amid his travels between Italy and Japan, hours of conference calls and back-to-back meetings, he breaks away once a month to visit his two daughters in Mexico.

His right-hand man, Volker Krebs, a fellow German, fellow Johnson Controls alumnus and now Bolzenius’ chief transformation officer, admits he is also homesick. Krebs’ family members live in Michigan, and he sees them about once a month. Krebs said he recently flew to Michigan to attend his son’s middle school parent-teacher conference.

But Japan is where the new company must operate, said Krebs, who has been in the auto industry for more than 20 years. 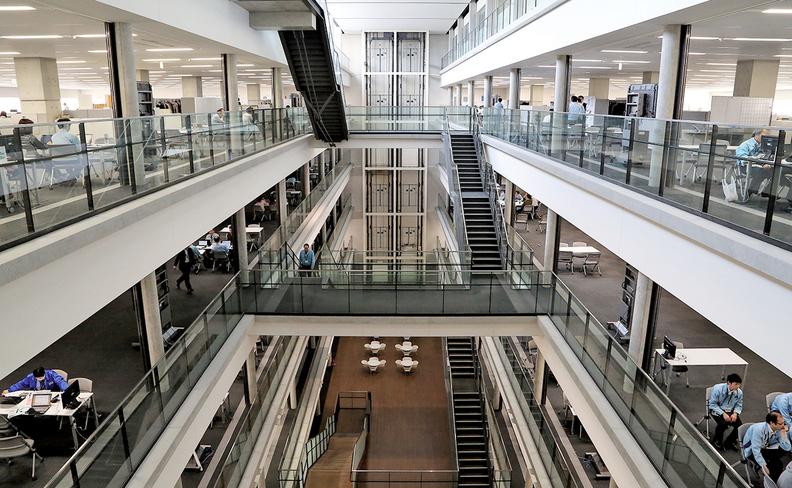 Calsonic Kansei’s headquarters in Japan is reborn as Marelli, its new name following its acquisition of Magneti Marelli.

“It’s not easy having a meeting or a conference call with a Japanese team, an Italian team, some Americans and some Germans on the phone,” he said. “The time zones are also very difficult, so I think it’s key for us to really understand each other better.”

Despite the fact that the Japanese company adopted the Italian company’s name, Krebs said Marelli needs a critical Japanese cultural element: “Calsonic has an impressive Japanese model called monozukuri that we need to transfer to our Marelli group,” he said. “The utmost importance on our Japanese side is quality, launch and then performance.”

Monozukuri, a Japanese term that refers to capturing and maintaining the spirit of the manufacturing chain, including the pursuit of innovation and perfection, will be a key foundation to the newly combined company.

“The nature of the beast is very Japan-centric,” Bolzenius said of the philosophy. “It’s about consistency, striving for continuous improvement and serving the customer. The only way forward for us will be to foster it.”

Krebs added the new company must move beyond how the two separate suppliers had been perceived.

“Make no mistake,” he said, “Magneti Marelli was still associated with Fiat Chrysler, and getting into the doors of General Motors and Ford was almost impossible. On the CK side, we were still seen as a Nissan company in various areas.

“But now we have more opportunities on the growth side, which is an exciting part of our story. We can bring Italy’s automotive lighting specialization to the doors of the Japanese market.”

The Calsonic-Magneti Marelli combination also gives the companies the opportunity to streamline their product portfolio and concentrate their r&d firepower in growth areas around electrification and autonomated driving, said Matteo Fini, IHS Markit’s executive director of supply chain in technology in Milan.

Fini said there also is potential to unite efforts in some products, such as instrument clusters and infotainment systems. Mastering the integration of those systems will be important to develop the human-machine interface products that support autonomous driving. Customers’ access is another aspect to consider, Fini said.

“The combined entity will have a more diversified customer base, which was already part of CK’s strategy after its acquisition by KKR,” Fini said.

“It is definitely an interesting merger due to the large complementary nature of the two suppliers. Magneti Marelli has a strong exposure to lighting, some powertrain applications and electronics, while Calsonic Kansei has a well-rooted presence in the thermal component market and expertise in the cockpit area.”

The combined companies consist of 10 business units, with only three that directly overlap. Those are exhaust systems, powertrain electrification and electronics, which will be operated as new global business units.

Bolzenius said the company will remain headquartered in Japan. Management of the operating units will reside where their strengths are: the electronics business in Italy, the exhaust system unit in Saitama, Japan, and the powertrain business in Japan, led by another German, Executive Vice President Joachim Fetzer.

Fetzer, who has a doctorate in engineering, spent most of his career at Bosch in Gerlingen, Germany, near Stuttgart. In 2008, he became head of engineering and quality for SB LiMotive, a 50-50 lithium ion battery joint venture between Robert Bosch and Samsung SDI in South Korea.

Since 2012, he has focused on electric vehicle and hybrid technology as Bosch’s executive vice president.

Bolzenius said there is a “high probability” that Marelli will transition from KKR’s private-equity ownership through an initial public offering.

But he cautioned that “there is no final decision of where and when that IPO will happen.”

By bringing the companies together, KKR gave them infrastructure and management capability to operate on a global scale that they lacked on their own.

“The new company has potential to present quick synergies and savings on the purchasing side,” Bolzenius said. “We can really get into each other’s plants with new investments and accelerate our entry into the market in Europe or Asia, just because we have the resources in place.”

Bolzenius said he has experience with privately owned and publicly traded companies, and believes there is little difference between them in how a business performs. But there is a difference between taking a long-term view of a company’s success and surviving the next quarterly earning call — which is why KKR’s investment model is so critical to Marelli’s success, he said.

“That investment model has strong benefits if you want to get something started the right way,” Bolzenius said.

“Marelli would not have happened without a private-equity company orchestrating such a complex deal at that speed. The partnership with KKR on that side of the business — if you talk about further acquisitions on the technology side where we have a couple ideas — it’s fast to decisions.”