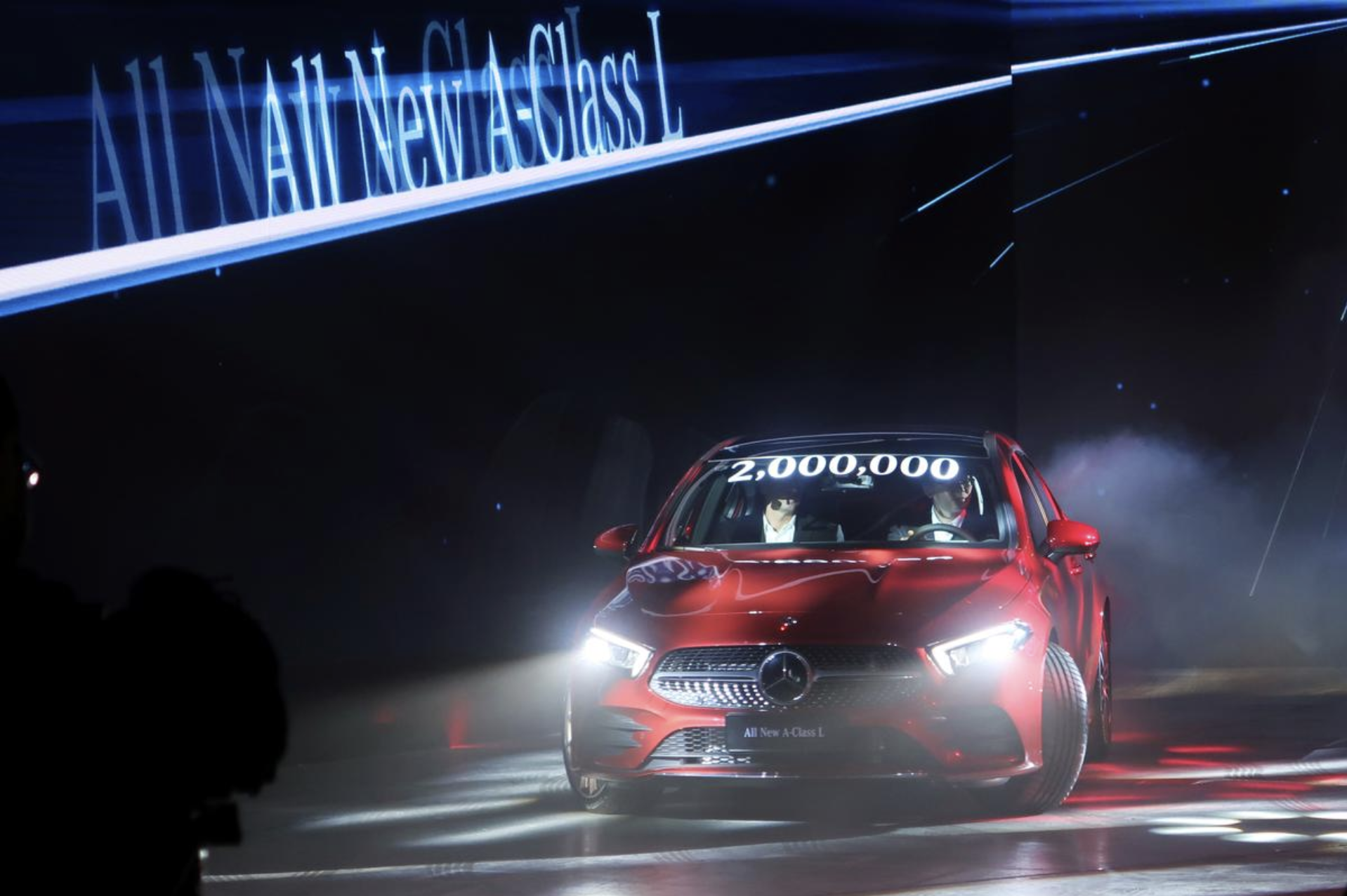 Staff members drive a Mercedes-Benz A Class L Sedan on the stage during an event marking the start of production of the sedan at a Beijing Benz Automotive Co (BBAC) plant in Beijing, China November 21, 2018. Picture taken November 21, 2018. REUTERS/Sun Yilei

Daimler is seeking to buy a majority stake in its Chinese operations, three people familiar with the matter told Reuters, after initial efforts to raise its stake failed and as Chinese investors tighten their grip on the German carmaker.

Daimler’s moves come at a time of heightened tension between Berlin and Beijing as German lawmakers debate whether to bar China’s Huawei from local 5G networks and as German companies look to ease Chinese ownership restrictions.

Daimler has been exploring several options to strengthen its control of Beijing Benz Automotive Co, its Chinese joint venture with BAIC Group, including a plan to raise its stake to 75% from the current 49%, two of the people familiar with the matter said.

Daimler faces some opposition within BAIC as the Chinese partner wants to maintain control of the highly profitable business that has benefited from strong sales of Mercedes-Benz cars and helped it fund expansion into other activities, sources, who declined to be named due to the sensitivity of the matter, told Reuters.

Daimler, which owns the Mercedes-Benz brand, declined to comment on its China expansion plans. BAIC did not respond to requests for comment.

Beijing Benz Automotive, which started building and selling locally made vehicles in 2006, sold around 485,000 units last year, accounting for more than 70% of Mercedes-Benz’s China sales.

In China, the world’s biggest auto market, 525,890 Mercedes-Benz cars were sold in the first nine months this year, up 5% from a year earlier even as the total market keeps declining. Its German rival Audi sold 491,040 units and Munich-based BMW sold 526,017 BMW and Mini-branded cars over the same period in China.

If BAIC clinches a 10% shareholding, Chinese companies will control just under 20% of the luxury carmaker, enough to block significant decisions at Daimler’s shareholder meeting, such as nominating directors or approving major investments.

Daimler held talks with BAIC in 2018 about increasing its ownership of the China joint venture, but the talks petered out, prompting Daimler’s management to ask Goldman Sachs to explore ways to increase its 9.55% stake in BAIC Motor.

The United States, which is embroiled in a global trade dispute with China, has urged German chancellor Angela Merkel to exclude Huawei from mobile equipment auctions on security grounds.

Huawei says it is an independent company and dismisses such concerns as baseless attempts by the United States to damage its business and reputation.

“If Germany were to take a decision in the end that would exclude Huawei from the German market, then it should expect consequences,” the Chinese ambassador said at an event hosted by German business daily Handelsblatt.

“The Chinese government will not just stand by and watch. Look, 28 million cars were sold on the Chinese market last year, including seven million German cars. Could we say too one day that German cars are not safe – because we are capable of producing our own cars? No, this is pure protectionism.”