How 7 Lines of Code Turned Into a $36 Billion Empire 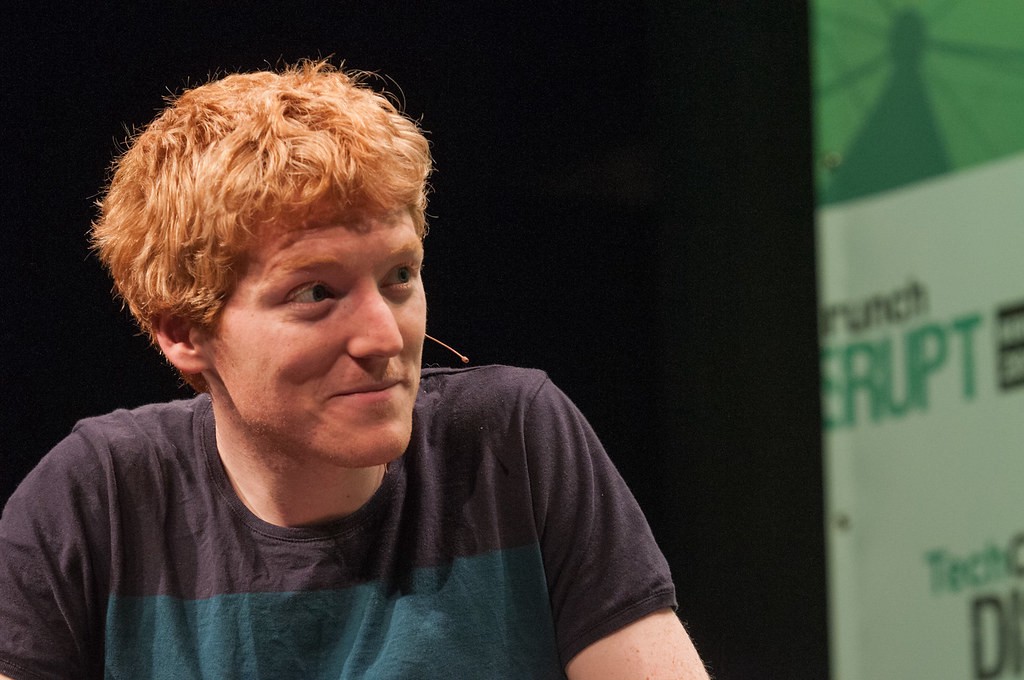 Hit our engagement metrics this weekend!

The Tweet was accompanied by an engagement ring — which explained the kind of metrics Patrick was talking about.
Suhail Doshi, the founder of Mixpanel, was quick with a response:

Yeah, it’s safe to say these guys have a great sense of humor. Which isn’t surprising, considering their seemingly absurd solution to online payments.

Instead of chasing 1000-hour programming contracts to build clunky payments solutions for each individual client, the Collison brothers built 7 lines of code that developers could simply plug into their websites.

The result is Stripe — a company that has more cash than it knows what to do with.

Here are the two main reasons why this worked so well.

When Stripe was launched in 2010, it was essentially a community of developers.

“Stripe caught on because it didn’t sell to companies,” said Dmytro Okunyev, who is the founder of Chanty. “It sold to developers. That is, Stripe offered an alternative to PayPal and Authorize that was so much easier to implement that developers around the world were naturally inclined to use it.”

See, back in 2010, setting up a payments system for your business was an extremely tedious process. Most integrations at the time took weeks and months to set up. It was an exhaustive process, involving several departments — from legal to accounting.

In most companies, financial integrations were a top-down decision that came from managers who knew little about the technical nightmare of the integration process. They would set arbitrary goals and deadlines, and pass the responsibility onto developers who had to outdo themselves in order to meet expectations.

Stripe changed all that by giving developers a quick and reliable way to set up payments. As a result, they built an army of champions for their product, effectively bypassing the “decision makers,” most of whom would have never believed that 7 lines of code can replace custom integrations that took up to 6 months to build.

2. They made payments ridiculously simple.

Banks. Credit card companies. Regulators. Yes, the payments industry has a lot of police officers. And you need to get approval from all of them before the dollars falling into your bank account are considered legal.

“For years, the explosive growth of e-commerce has outpaced the underlying technology; companies wanting to set up shop have had to go to a bank, a payment processor, and “gateways” that handle connections between the two. This takes weeks, lots of people, and fee after fee.” — Ashlee Vance, Bloomberg Businessweek

Stripe changed all that. Collison brothers spent 2 years testing their platform and building relationships with credit card companies, banks and regulatory institutions. John and Patrick spent countless hours presenting their product to authorities and building enough trust to partner with them. As a result, users only have to upload a couple of documents to set up their fully operational Stripe account.

Even Mike Moritz, one of Paypal’s first investors, agrees that setting up payments for businesses was way too complicated before Stripe:

Another reason why Stripe blew up is because it was so universal. Platforms like Shopify and Lyft rely on payment simplicity — each additional step in account verification can mean millions of churned users. Stripe’s 7 lines of core code worked just as well in any environment, enabling billions of emerging platform users with same-week verification.

There’s no going around the fact that the Collison brothers are aggressively smart. Patrick quit high school a year early to join MIT at the age of 16, only to drop out a year later to raise cash for his first startup, Shuppa. He soon sold the startup to Auctomatic for $5 million.

Tim Ferriss, who interviewed Patrick, says that the entrepreneur is probably the most aggressive reader he’d ever met — and that means a lot coming from a guy who’s interviewed hundreds of top performers. Derek Anderson, the founder of Startup Grind, has publicly called Collison a genius.

However, genius alone didn’t get Patrick to where he is today. The Collisons were born in a small Irish town, and their humble, problem-solving, product-first approach is what turned them into a massive success.

“They have the advantage of coming to California without being tainted and polluted by what’s in the water supply and air of Silicon Valley,” says Moritz, a partner at Sequoia Capital and a Stripe board member. “They’re more humble and well-rounded.”

Apparently, then, the good guys do win from time to time.