How to Successfully Build One’s Career in Japan

For young professionals, mid-career entrepreneurs and people in the core of their career planning to uproot and relocate to Japan, here are a few behaviors to be kept in mind in order to have a smooth and growth-directed adjustment.

When anyone decides to move to another country and establish their respective careers there, it’s always important to understand the culture-shaping it and its people. This includes knowing the country’s customs, traditions, belief systems, work mentality, etc. and also being conscious of one’s own culture in relation to it. This understanding—of another culture and of one’s own—is crucial in building a successful career outside of one’s home turf.

As a foreigner working in Japan for over ten years (I’ve been here since 2006), understanding the Japanese culture and being aware of the differences—as well as the similarities—with my Western, American upbringing, has helped my career grow with fewer hurdles. In terms of one’s attitude, here are some of the things I’ve picked up that are key to building successful working relationships in Japan:

Most of us who grew up in Western cultures, such as the U.S., Canada, and Europe, were raised to be assertive, to voice out our opinions, to speak up and express—for Americans, think “Thanksgiving dinners”. In short, we talk a lot. This isn’t necessarily a bad thing, but if you find yourself in a meeting with Japanese colleagues, you’ll find that Westerners usually dominate the discussion. It may be due to the fact that we’re culturally more assertive or that we’re more fluent in English but in general, the Japanese tend to be more reserved with their speech. They don’t like to voice out their opinions as boldly as Westerners and they are also very polite, so much so that when someone starts talking too much, they wouldn’t try to stop or cut that person off. That’s why it’s easy for us to dominate meetings, even if it isn’t our intention. Be aware of this so that your opinions don’t eclipse those of others. 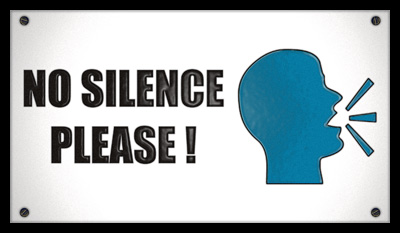 I think that another reason for this tendency to “over-talk” is our discomfort with silence. We feel pressured to fill these gaps in speech with words, even to the point of nonsense. Although to us, silence is considered an empty pause, to the Japanese, silence has value—it’s an opportunity to reflect or to give the person you’re talking to time to digest what you said. This practice of pausing and reflecting has actually helped me engage in more meaningful conversations within and beyond work. So instead of making an effort to fill gaps in a conversation that can rattle others and derail the discussion, aim for purposeful silence.

If you’re working at a Japanese company and you want to make an impact or steer the work into a direction you feel is important, go soft, not hard. In Japan, it is not normally customary to confront an issue, insist on an agenda, or question one’s superior in front of everybody (a definite no-no). You have to ease your way in instead of asserting your points bluntly.

The Japanese value harmony over disruption and operate within a very hierarchical management structure. Influence isn’t given instantaneously but requires effort and time. To get your foot in the door, you first need to climb the ladder, which entails earning trust and doing consistent, quality work over time. If it seems like a lot of effort, it is—but trust me, this creates firmer, more resilient roots to support flourishing work relationships over the long run, something people in Japan tend to focus more on than others in my personal experiences.

Although Japan has begun to take more aggressive steps toward learning the English language, according to a survey conducted by the Japanese Ministry of Education (and in my everyday life experiences here!), the general population still has low levels of English literacy, thereby creating humongous gaps in access to global information. 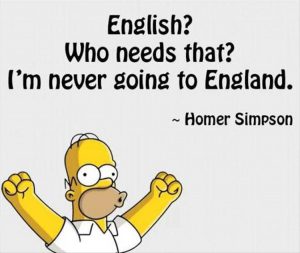 There is usually a two to four-year lag in Japan in terms of some cultural trends (think keto diets just taking off here!), industry trends, business management, and even issues related to workplace diversity and inclusion. But these gaps can be an excellent opportunity for foreigners to act as bridges. If you plug into the wealth of information across the globe and stay on top of the best practices, there are a lot of opportunities to arbitrage these between Japan and the rest of the world. Utilize those gaps, as they can be spaces for you to grow credibility, influence, and trust. This is a great way to add value to those around you – just remember point #2 and not to push too much too fast.

If you keep these three behaviors in mind—don’t dominate meetings, gain influence through softer means, and act as a bridge—it will be easier to transition to Japan and more importantly, establish a successful career in this wonderful country.

Author: Casey Abel | Connect with me in LinkedIn!