Japan exports down but slowly recover amid pandemic damage 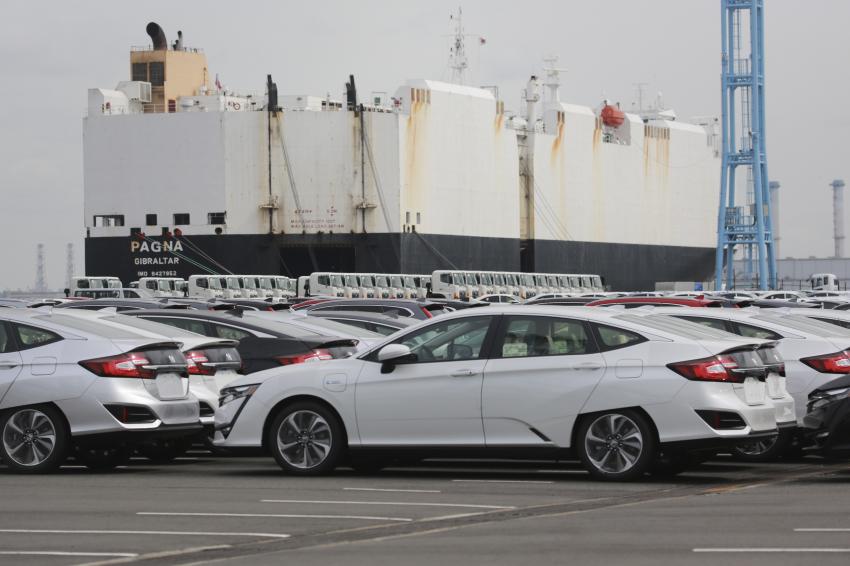 Cars are parked to be exported at Yokohama port, near Tokyo on Sept 29. Photo: AP/Koji Sasahara

The drop in Japanese exports diminished last month, according to government data released Monday, underlining how trade damage from the coronavirus pandemic may be easing.

Japan’s exports in September were down by 4.9% from the same month a year ago, better than the nearly 15% decline recorded in August, Finance Ministry data showed.

The nation’s imports fell 17.2% overall, but exports to China gained 14%, the ministry said. Exports to the U.S. inched up 0.7%, in another possible sign of a gradual rebound. By sector, exports to the world in computers surged nearly 45%. Imports had fallen 20.8% in August from a year earlier.

Japan’s export-reliant economy has sunk into recession, with three straight quarters of contraction, through June, as the outbreak slammed business activity and deadened trade.

But a recovery in China, where COVID-19 emerged late last year, as well as recoveries elsewhere in Asia, are helping prod along a recovery for Japan.

Prime Minister Yoshihide Suga, who took office a month ago, left Sunday to visit Vietnam and Indonesia, where virus cases are relatively low, to drum up business and trade.

His predecessor, Shinzo Abe, had tried to sustain economic growth with his “Abenomics” package of programs based on zero interest rates and curtailing deflation.

Suga, from the same Liberal Democratic Party, is expected to carry on the policies, now dubbed “Suganomics.”

© Copyright 2020 The Associated Press. All rights reserved. This material may not be published, broadcast, rewritten or redistributed without permission.