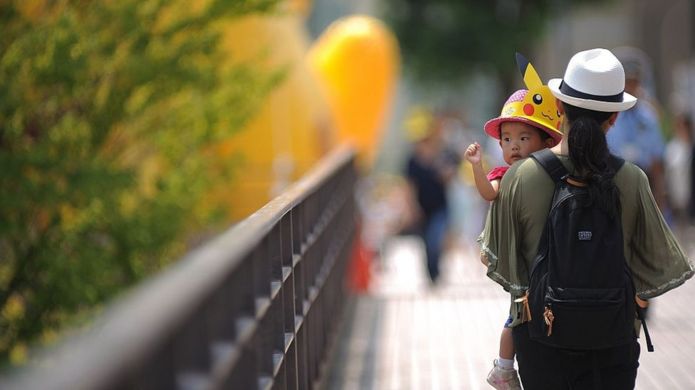 From next year it will subsidise local governments already running or starting projects that use AI to pair people up.

The fast-greying nation has long been searching for ways to reverse one of the world’s lowest fertility rates.

Boosting the use of AI tech is one of its latest efforts.

Many already offer human-run matchmaking services and some have introduced AI systems in the hope they will perform a more sophisticated analysis of the standardised forms where people submit their details.

A few of the existing systems are limited to considering criteria such as income and age, only producing a result if there is an exact match.

Local media say that the funding aims to allow authorities to harness more costly advanced systems that take into account factors like hobbies and values.

“We are especially planning to offer subsidies to local governments operating or starting up matchmaking projects that use AI,” a cabinet official told AFP. “We hope this support will help reverse the decline in the nation’s birthrate.”

Japan’s population is projected to fall from a peak of 128 million in 2017 to less than 53 million by the end of the century.

Policymakers are racing to ensure the country’s contracting workforce can meet the expanding costs of welfare.

Sachiko Horiguchi, a socio-cultural and medical anthropologist at Japan’s Temple University, thinks there are better ways for the government to bump up the birth rate than subsidising AI matchmaking – such as helping young people earning low wages.

She pointed to a recent report which suggests a link between lower income levels and the loss of interest in romantic relationships among young Japanese adults.

“If they’re not interested in dating, the matchmaking would likely be ineffective,” Dr Horiguchi told the BBC. “If we are to rely on technologies, affordable AI robots taking over household or childcare tasks may be more effective.”

Analysts have long pointed towards the lack of support for working mothers in Japan, where there are strong expectations women will do all the housework and raise children alongside doing their jobs.

The government has said it wants to encourage more women into full-time employment in recent years but the gender gap has grown.

Japan ranked 121st out of 153 countries in a 2019 report on gender equality by the World Economic Forum, slipping down 11 places from the year before.