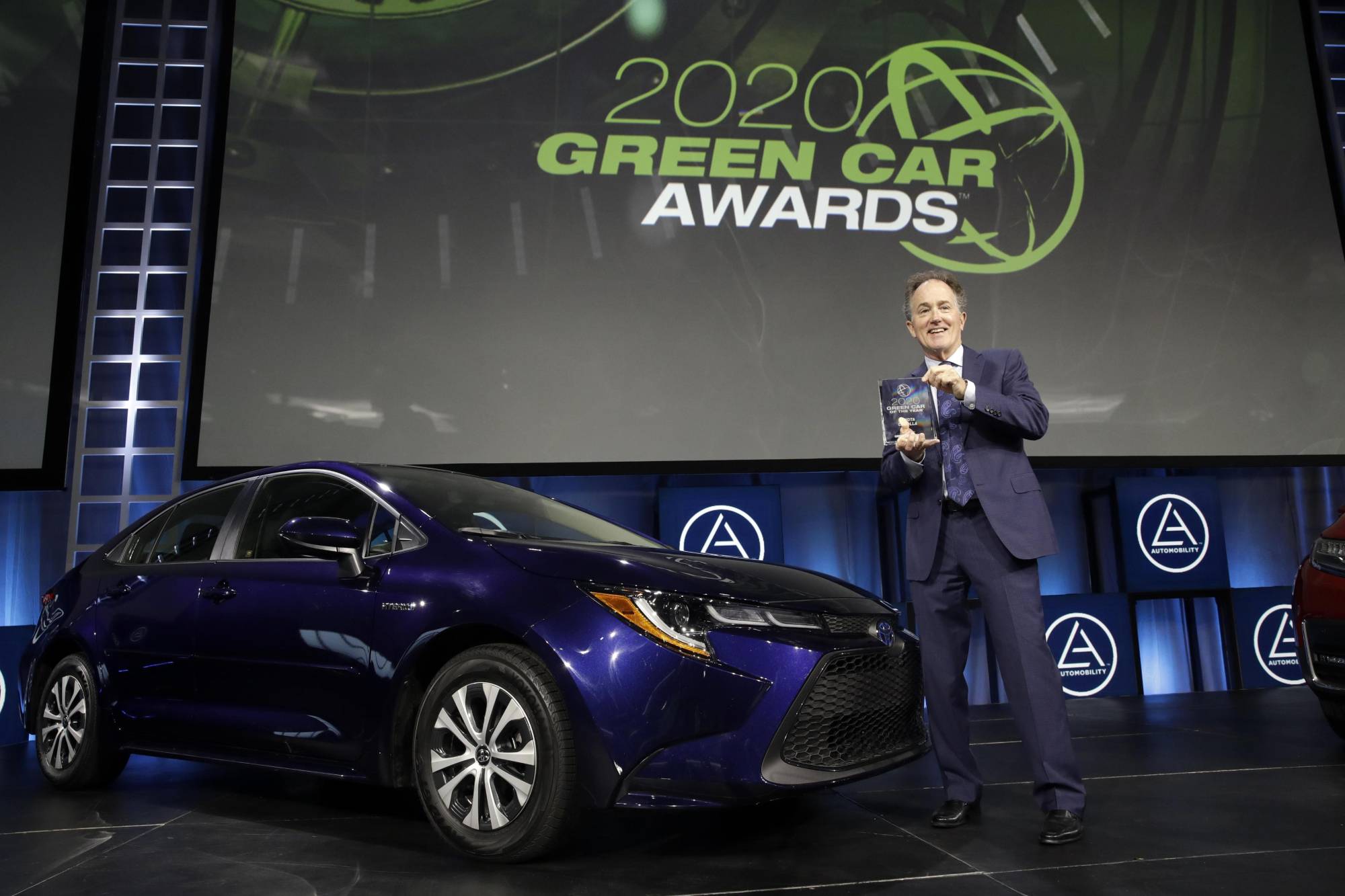 The 2020 Toyota Corolla is awarded the Green Car of the Year at the AutoMobility LA auto show in Los Angeles in November. | AP / VIA KYODO

Japan’s business world is rushing to take measures to reach the government’s goal to reduce the nation’s greenhouse gas emissions to net zero by 2050.

Automakers are accelerating their shifts to electric vehicles while steel-makers are developing technologies to reduce emissions. The carbon neutrality goal was announced by Prime Minister Yoshihide Suga in his first policy speech at the Diet on Monday.

Toyota Motor Corp. is aiming to cut carbon dioxide emissions from its new vehicles by 90 percent in 2050 from the level in 2010. Honda Motor Co. plans to raise the proportion of electric and fuel-cell vehicles in its total automobile sales to two-thirds in 2030. The two companies released new electric vehicle models this year.

The share of electric vehicles in the domestic automobile market is only less than 1 percent, far behind that in Europe. Electric vehicles have a shorter range than vehicles that run on gasoline, and there are not many charging stations in Japan.

As automakers rush to bolster their facilities for mass production of electric vehicles, an official of a major maker asked the government for support measures, such as providing subsidies and setting up necessary infrastructure.

Nippon Steel Corp. plans to draw up a specific reduction target by the March 2021 end of fiscal 2020. Industry peer JFE Holdings Inc. is seeking to achieve carbon neutrality at an early stage after 2050.

Japan’s heavy dependence on coal-fired power generation is a major obstacle to the push for net-zero emissions. But people living around nuclear power plants remain staunchly opposed to restarting suspended reactors, and renewable energy sources hold the key to success.

However, an official of a heavy electric machinery giant sounded cautious, saying that the use of renewable energy sources will lead to a hike in electricity rates and cause companies to lose competitiveness.