Japan’s economy grows 22.9% in 3rd quarter, bouncing back from COVID 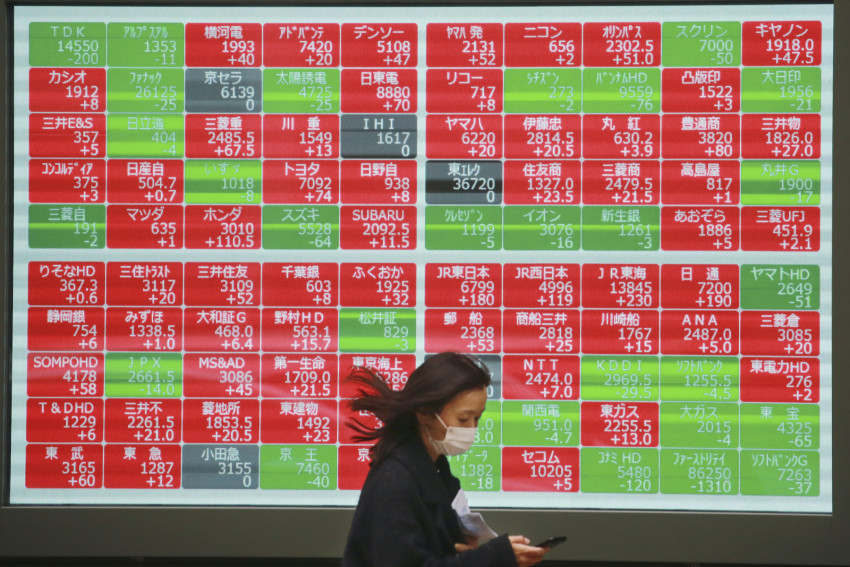 A woman walks by an electronic stock board of a securities firm in Tokyo. Photo: AP/Koji Sasahara

Japan has reported its economy expanded at a 22.9% annual rate in the last quarter, as businesses and personal spending recovered from pandemic-related shocks in the spring and early summer.

Economists said the upward revision released Tuesday was in line with forecasts and suggests Japan’s economy, the world’s third largest, is on the mend from the recession that started in late 2019, even before coronavirus outbreaks hit.

“The sizeable upward revision to Q3 GDP and the sharp rise in ‘core’ household spending in October support our view that Japan’s economy will recover from the pandemic faster than the consensus expects,” Tom Learmouth of Capital Economics said in a commentary.

“We think GDP will rise by another 2.1% (quarter-to-quarter) in this quarter and surprise to the upside next year,” he said.

Core household spending excludes costs for housing and purchases of vehicles and other volatile expenditures and is thought to best reflect consumer demand.

As is true for most major economies, the setback dealt by the pandemic has left Japan still at a lower level of economic output, 3.9% below the level of the last quarter of 2019, Learmouth said.

The expansion in the July-September quarter coincided with a push to encourage domestic spending to make up for the loss of foreign tourism with “Go To Travel” and “Go To Eat” programs offering steep discounts on hotels and dining out.

The economy contracted at a 29.2% annualized pace in April-June, when the government declared a state of emergency and sought to quell virus outbreaks with various precautions including urging businesses to let people work from home. With international travel at a near standstill, the 2020 Tokyo Olympics were postponed.

The earlier estimate showed a 21.4% expansion.

The economy grew at a 5.3% quarterly pace, revised upward from the earlier 5.0% estimate.

Most of the extra growth came from consumer and corporate spending. Household spending outpaced retail sales, suggesting many people were making purchases online.

Japan has sought to keep businesses running more or less as usual while urging people to wear masks, use hand sanitizer and maintain social distancing. But the number of virus cases has surged in recent weeks, leading some local areas to urge residents to stay home as much as possible. In some places, authorities have asked bars and restaurants to close early.

© Copyright 2020 The Associated Press. All rights reserved. This material may not be published, broadcast, rewritten or redistributed without permission.