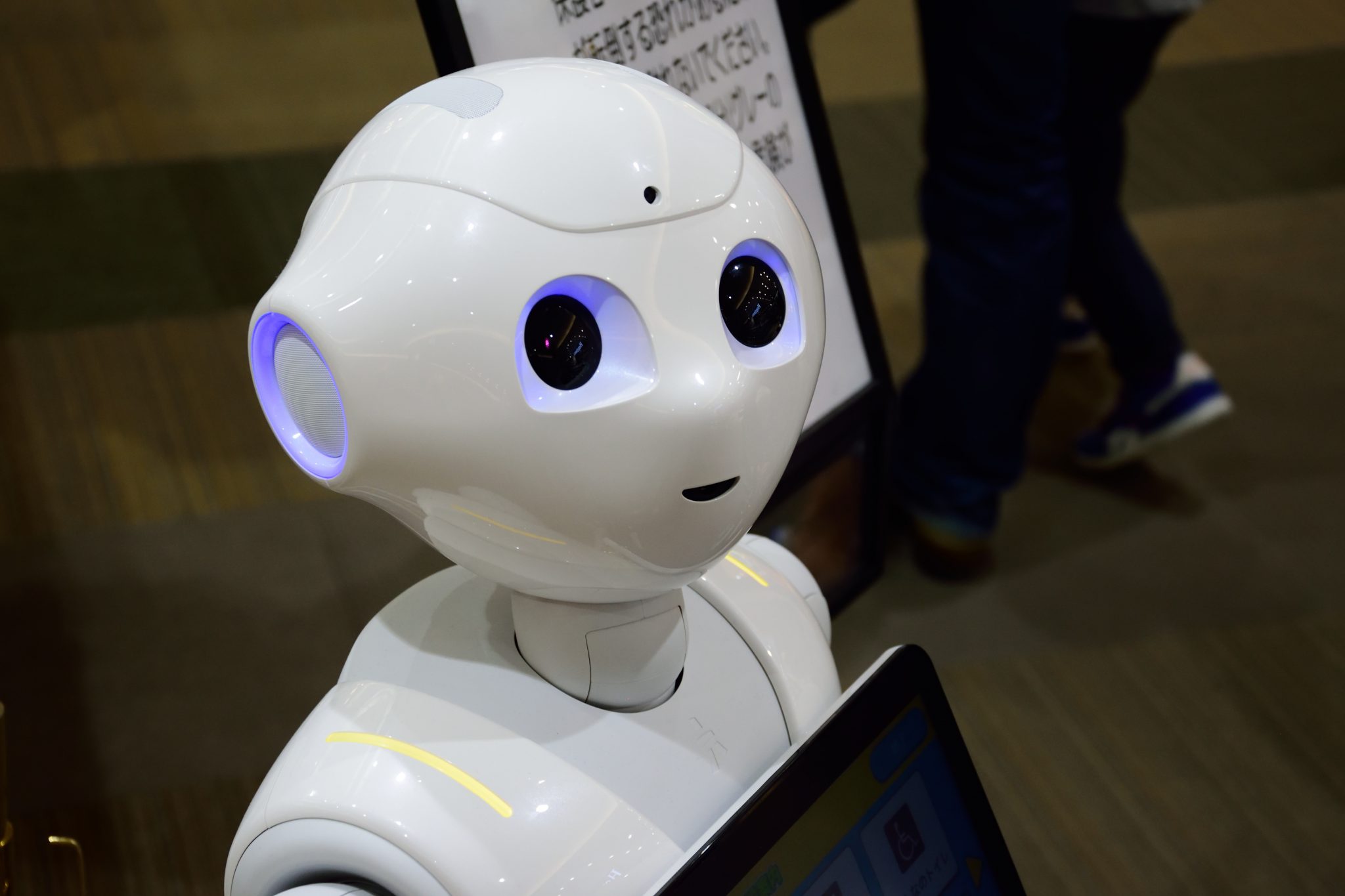 The growing popularity of e-commerce combined with a shortage of workers in Japan’s aging society has given rise to a new breed of autonomous robot tasked with delivering goods to people’s homes — with some given relatable anime-like voices and big inquisitive eyes.

The company has already held a number of delivery service trials at university campuses and elsewhere in Japan and says it is now looking for partners to help it develop the business further.

Aside from being able to carry up to 50 kilograms of cargo and travel at 6 kilometers per hour, the navigation sensor-equipped robot speaks short phrases like “hello” and “thank you” and has functioning LED eyes, a key feature aimed at making the bot more lifelike, and thus engaging to the people with whom it interacts.

“It would be scary if a simple box was running around places,” ZMP Manager Hiromasa Iwano explained at a gathering in Tokyo in late July, adding the company took into account how people would react to the robots.

“We wanted to create a robot that is well-received, socially.”

ZMP CEO Hisashi Taniguchi said at the same event that CarriRo Deli was the world’s only autonomous delivery robot with eyes when the current model was revealed last year, noting that although eyes had long been a feature industrial designers have avoided others are now following their example.

The robot, measuring 109 centimeters in height, 96 cm in length and 66 cm in width, is powered by batteries and uses sensors to allow it to move around using a reference map.

It comes in four colors — red, yellow, blue, and silver — and each has a different voice.

ZMP says, currently, the robot is already nearly fully autonomous, although it has required some human intervention during trials when confronting irregularities such as a truck blocking the way or a crosswalk without painted lines.

The development of such delivery robots comes at a time when Japan is faced with severe labor shortages amid a falling birthrate and aging population while the number of parcel deliveries continues to grow on the back of the increasingly convenient trend of online shopping.

In contrast, the Japanese population is dwindling, standing at 124.8 million as of Jan. 1, and the percentage of working-age people aged 15 to 64 fell 0.28 percentage point to 59.49 percent in 2018, according to the internal affairs ministry.

Manufacturing and service industries are hiring more foreign workers to make up for the shortage but are also streamlining their businesses and ending some services.

ZMP’s Taniguchi, however, said the service the robots provide “should not be too convenient,” saying this could discourage people from going outside and interacting with other humans — a real and worsening problem in Japan as people age and rural areas become depopulated.

Other robot manufacturers in Japan are also seeking to deploy their own last-mile delivery systems to accommodate such a shift.

Japanese e-shopping site operator Rakuten Inc. and its Chinese counterpart JD.com Inc. have agreed to introduce an “Unmanned Ground Vehicle” in Japan, a technology that has already been in use in parts of China.

Last year, a company called Hakobot was founded with the aim of developing an autonomous delivery robot to take some of the workload off humans, particularly in rural areas where there are fewer people but those that are there are reaching old age.

From the beginning of the year, the company began delivering food to students at two university campuses in the United States and has plans to expand its service to 100 college campuses with another fleet of robots.

Amazon.com Inc. is also testing its own delivery robot dubbed “Scout” in Snohomish County, Washington, while FedEx Corp has developed the “FedEx SameDay Bot” to help retailers make same-day and last-mile deliveries to their customers.

FedEx’s robot can climb stairs, carry up to about 45 kg and travel at a maximum speed of 16 kph. As more than 60 percent of its customers live within 5 km of a store they use, the robot would assume the role of delivering goods on the same day, according to the company.

But legal restrictions hinder Japanese robot makers from pursuing the same path. They are unable to deploy autonomous delivery robots on public roads as Japanese traffic laws do not cover such technologies.

The Japanese government plans to open up public roads for trials of unmanned delivery robots within this fiscal year ending in April 2020. But as new rules and safety measures must be introduced, the government and companies involved have jointly set up an association to discuss requirements.

“Technologically speaking, we are ready to go on public roads by 2020 if conditions, including legislation, allow us to,” said a ZMP official.