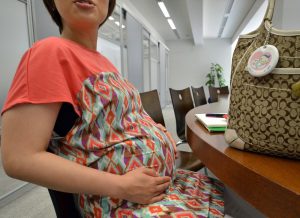 If the country wants to slow its population decline, it’s going to have to abolish its two-track labor system.

Japan’s leaders seem happy to rest the country’s fate on the shoulders of its women. Prime Minister Shinzo Abe wants to get more of them out of the home to compensate for a shrinking workforce. His deputy Taro Aso, on the other hand, had to apologize recently after blaming them for not having enough kids. I can hear women secretly seethe, “What now, they want us to work, have kids and take care of husbands?” (Male participation in chores is notoriously low in Japan.)

At Davos this year, Abe rightfully took pride in noting that the number of working women in Japan had increased by 2 million between 2015 and 2018 and that nearly 70 percent of Japanese women between the ages of 15 and 64 were employed last year — a labor participation rate “higher than, say, in the U.S.” That’s a fundamental cultural shift that will generate benefits for years to come.

But Japan doesn’t just need to get more women into the workforce. It needs to create conditions that would allow them to thrive there and develop fulfilling careers, while still having babies and raising families. That’s going to require much tougher, more extensive reforms than Abe’s government has been willing to entertain thus far.

What Abe wasn’t so eager to share in Davos is that the quality of women’s labor in Japan remains embarrassingly low. The wage gap stood at 24.5 percent in 2017, meaning a Japanese woman earns on average a quarter less than a man’s dollar. The World Economic Forum, Abe’s Davos host, ranks Japan at No. 110 in its Global Gender Gap Index 2018.

This divide is the product of a rigid, dual-track labor market particular to Japan. Regular workers, about 62 percent of all salaried workers excluding management, enjoy pay hikes and fringe benefits at the expense of bearing full-blown responsibilities. Irregular workers, on the other hand, have limited responsibilities and time commitments, but are largely relegated to menial tasks and often passed up for raises. As of 2017, only 44 percent of working women held regular positions, in contrast to 78 percent of employed men. Indeed, 73 percent newly employed women in 2018 — 620,000 out of 850,000 — could find only irregular positions.

From the standpoint of Japanese businesses, this looks like a success. The government estimates that between 2017 and 2030, Japan will lose 3.8 million workers due to deaths outnumbering births. It’s hoping for women, senior citizens and foreign workers to fill the void. Conveniently, they are all cheaper than classic “salarymen” holding regular positions.

In the longer term, though, this isn’t a solution. Japan’s fertility rate has been slipping, from 1.57 in 1989 to 1.43 in 2017. Absent more babies and large-scale immigration, which remains politically impossible, Japan’s population will continue to dwindle, losing close to 400,000 people per year, or 0.3 percent of the population.

The question is how to make it possible for Japanese women to raise families, work and get promoted. Up until 2010, only 20 percent of women returned to work after giving birth to their first child. I actually sympathize with male executives who are being pressured by the government to promote more women. Who could expect a rich pipeline of next-in-line female managers to emerge overnight? In hindsight, Abe’s original goal of having at least 30 percent of managers be women by 2020 was unrealistic. The latest figures by the Japan Institute of Labor Policy and Training suggests the number is closer to 13 percent.

Changing this will require addressing both rules and culture. In terms of the former, the key is to abolish the two-track labor system. Companies need to instill flexibility in career paths, eliminating the gap between regular and irregular positions. Workers need to be judged and rewarded based on output rather than face time. New rules forcing companies to pay workers the same for the same work, which go into effect next year, are a step in the right direction.

If workers are allowed to transition fluidly between different formats of labor, be it full-time or part-time, without leaving their employer, the road back to work will be smoother for women who interrupt their careers to have children. This flexibility will allow companies to pick their high-potential candidates from a much wider pool, leading naturally to a greater number of women in managerial positions in the future. Needless to say, it will also help men who take time off to care for children or aging parents.

Cultural change isn’t confined to offices. Men and women, at work and at home alike, need to fully embrace equal gender participation. Education will play a big role in changing attitudes. This will take time, but the trend lines are hopeful: According to a recent Nikkei survey, as many as 60 percents of twenty-something households say both husband and wife share a load of domestic chores equally, a stark contrast to a mere 30 percent within fifty-something households.

Most importantly, Japan’s government can’t rest on its record. While progress is visible, it’s only exposing how much further the country has to go.