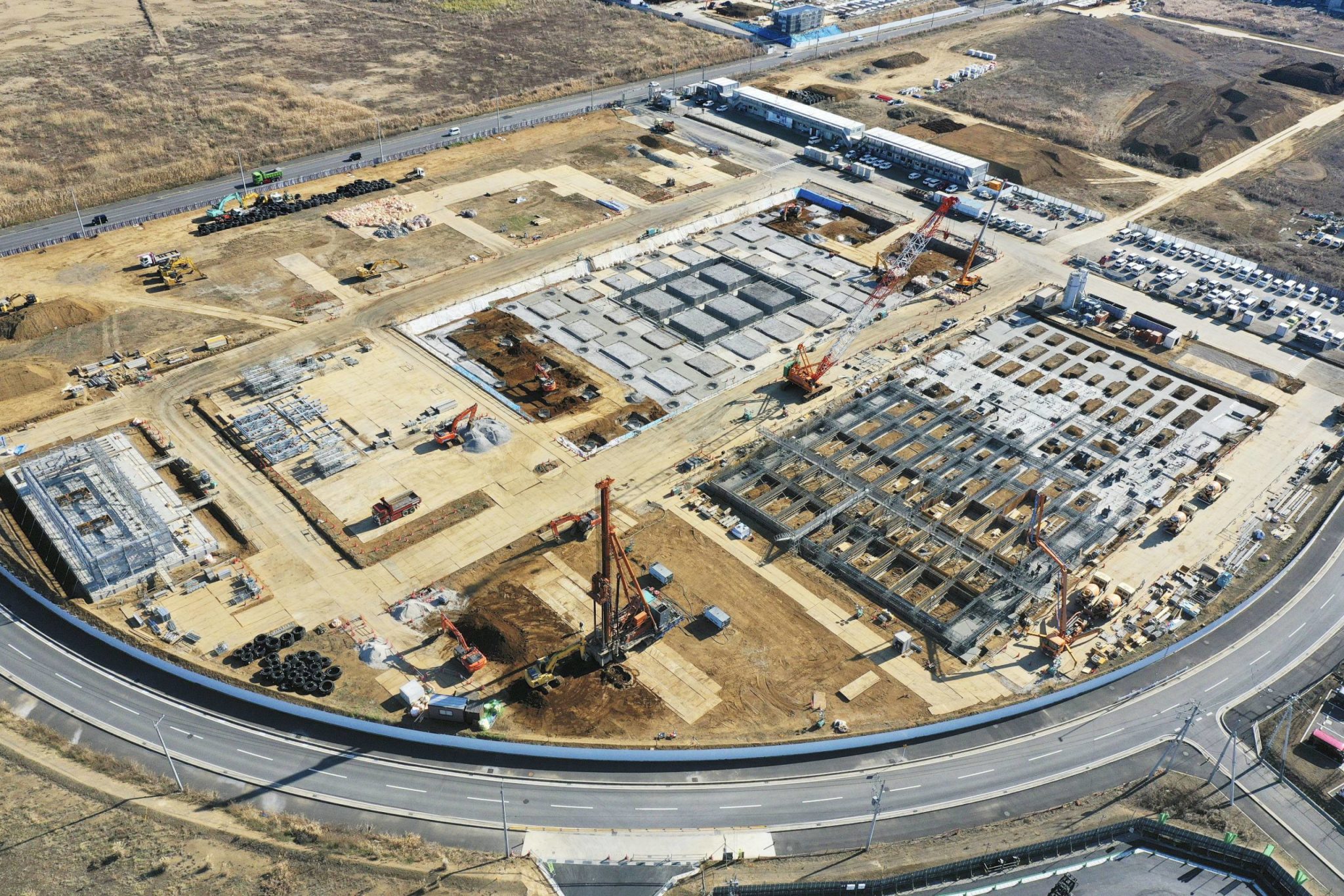 In just under a decade, a vast area of idle land outside Tokyo where trucks loaded with building materials rush to and fro will become the site of Japan’s biggest data-center campus, covering an area seven times as large as the Tokyo Dome baseball stadium.

Construction was launched in October by Daiwa House Industry Co., Japan’s largest homebuilder. It is the first time for the company to build such a facility, eyeing a market that is set to boom in line with the sharp increase in data traffic due to the rapid digitalization of society.

According to Tokyo-based research company IDC Japan, the total floor area of data centers of 5,000 square meters or more is estimated to reach 1,412,000 square meters in 2024, an increase of 80% compared with 2018.

“The penetration of cloud services that aggregate and store data externally rather than on individual personal computers has become a driving force in the market, in addition to the sharp increase in data traffic,” according to an IDC Japan spokesperson.

Growth is also likely to be powered by the advance of artificial intelligence with its increasing use for data analysis, and the spread of 5G communication networks, which can exchange enormous amounts of information instantly and are expected to boost mobile traffic at data centers, the spokesperson said.

Costing over ¥100 billion ($953 million), Daiwa House’s 330,000-square-meter facility in Inzai, Chiba Prefecture, is slated for completion in 2030. It will be rented out to major information technology companies and other cloud customers.

The area has good transportation access to central Tokyo and Narita Airport and solid ground resistance to earthquakes. Earning itself the sobriquet of the “Ginza of data centers” after the upscale shopping district in central Tokyo, Inzai will host several more data centers in the area, including a maximum of 15 buildings planned by Daiwa on its campus.

Although the job creation effect is small compared with commercial and logistical facilities, many local governments are actively courting companies with subsidies to build data centers since they are seen as stable sources of tax revenue.

Internet giant Google LLC, which has so far rented data centers in Tokyo and Osaka, also plans to build a data center in Inzai, prompting local officials to declare themselves “extremely honored” by the move.

The central government, meanwhile, is considering promoting the construction of data centers in cold regions suitable for cooling equipment that generates heat. Such sites have the advantage of reducing electricity costs and are also in areas at low risk for natural disasters. Most data centers are currently in the Tokyo metropolitan area.

But some experts fear too much construction of data centers could lead to a glut in Japan’s market. “There is a possibility that the supply of data centers has become excessive,” said the IDC Japan spokesperson.