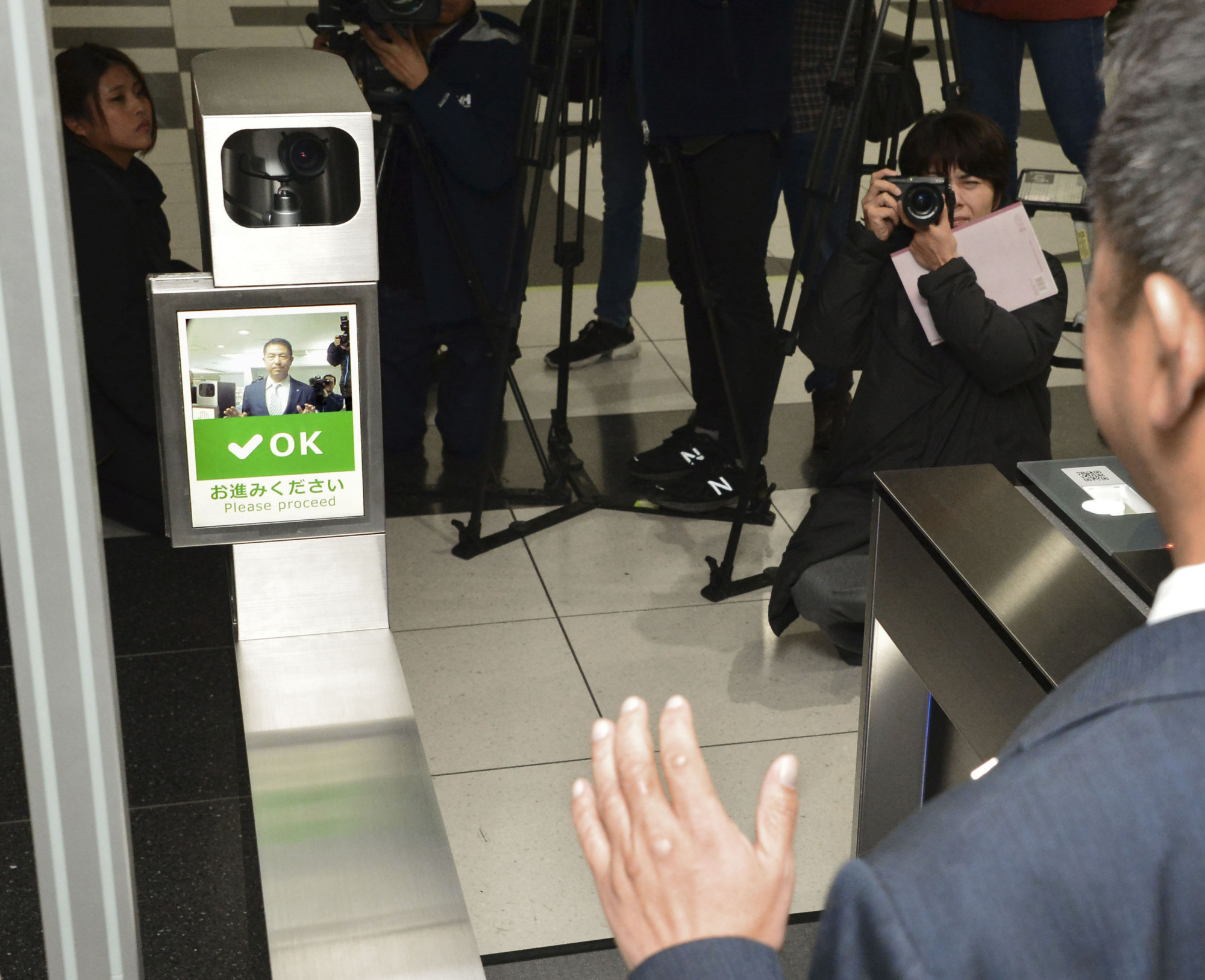 The subway operator aims to introduce the gates at all of its train stations by fiscal 2024, ahead of the 2025 World Expo in the city of Osaka.

The test involves around 1,200 Osaka Metro employees. According to the rapid transit company, this will be the first such experiment by a Japanese railway operator.

The trial period, set to run through September next year, will be conducted at four stations: Dome-mae Chiyozaki, Morinomiya, Dobutsuen-mae and Daikokucho.

Each station will have facial recognition gates developed by four different firms to compare their functionality.

On Monday, a gate installed at Dome-mae Chiyozaki Station was shown to reporters. When an Osaka Metro employee whose facial data has been registered in advance tried to go through the gate, a camera set up at the facility checked the worker’s face against the data before the gate opened to let the person through.

“Elderly people and people with a stroller, for example, will be able to go through the gate without having to put anything down,” an official of the company said. “We want to improve the station environment by introducing new technologies.”