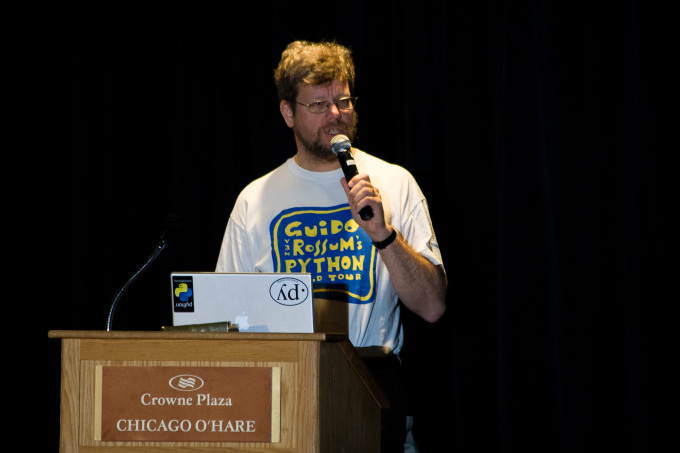 Guido van Rossum, the creator of the Python programming language, today announced that he has unretired and joined Microsoft’s Developer Division.

Van Rossum, who was last employed by Dropbox, retired last October after six and a half years at the company. Clearly, that retirement wasn’t meant to last. At Microsoft, van Rossum says, he’ll work to “make using Python better for sure (and not just on Windows).”

A Microsoft spokesperson told us that the company also doesn’t have any additional details to share but confirmed that van Rossum has indeed joined Microsoft. “We’re excited to have him as part of the Developer Division. Microsoft is committed to contributing to and growing with the Python community, and Guido’s on-boarding is a reflection of that commitment,” the spokesperson said.

The Dutch programmer started working on what would become Python back in 1989. He continued to actively work on the language during his time at the U.S. National Institute of Standards and Technology in the mid-90s and at various companies afterward, including as director of PythonLabs at BeOpen and Zope and at Elemental Security. Before going to Dropbox, he worked for Google from 2005 to 2012. There, he developed the internal code review tool Mondrian and worked on App Engine.

I decided that retirement was boring and have joined the Developer Division at Microsoft. To do what? Too many options to say! But it’ll make using Python better for sure (and not just on Windows :-). There’s lots of open source here. Watch this space.

Today, Python is among the most popular programming languages and the de facto standard for AI researchers, for example.

Only a few years ago, van Rossum joining Microsoft would’ve been unthinkable, given the company’s infamous approach to open source. That has clearly changed now and today’s Microsoft is one of the most active corporate open-source contributors among its peers — and now the owner of GitHub. It’s not clear what exactly van Rossum will do at Microsoft, but he notes that there are “too many options to say” and that “there’s lots of open source here.”