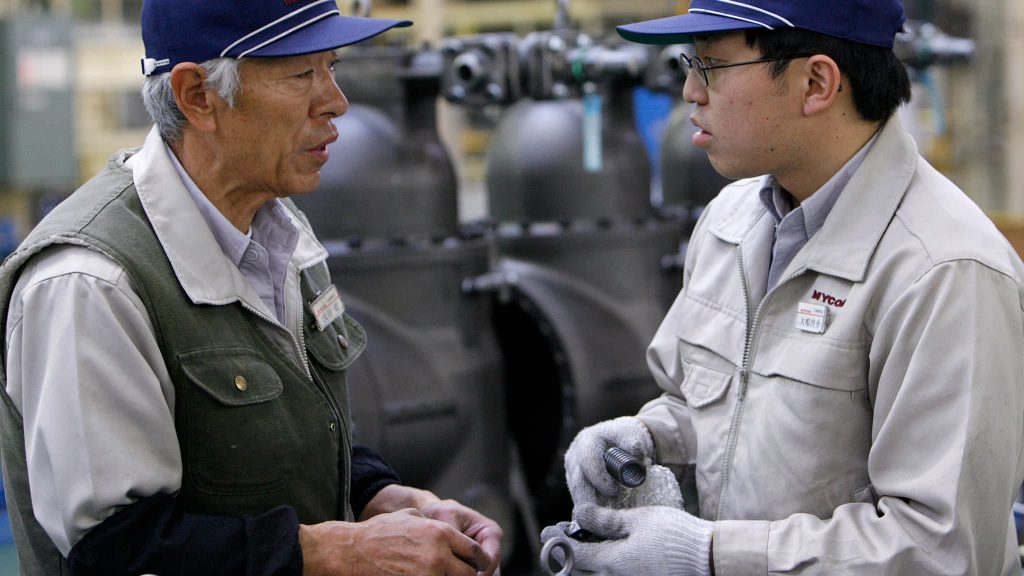 The advantage of person-to-person skills transfer is that over generations, we keep improving.

Imagine a manufacturing plant in the perfect world of the internet-of-things. All machines are programmed, connected and humming smoothly 24/7. Breakdowns are prevented by automated maintenance. Noise fills the plant but no workers are in sight, with the exception of a few in white lab coats in a central control room.

That picture may be accurate today for some consumer products, such as pharmaceuticals, but in reality few factories are so highly automated, particularly outside the consumer industries. One still sees technicians on the shop floor.

Despite the hype around automation, the position is unlikely to change much for the foreseeable future, even in Japan, where labor shortages are especially intense.

Even the most advanced machinery makers say some technologies will remain analog in a digitized world. A company may supply the most sophisticated industrial robots to customers around the world, but to make them, they often rely on 50-year-old machines operated manually by seasoned workers. If the machines break down, these skilled workers know how to fix them.

Even in a world of ubiquitous internet and automation, there is room for analog human intervention because not everything can be digitized, at least not for a long time. Replacing equipment typically takes place over multiyear cycles, during which the workers take time to familiarize themselves with the kinks of the machines they work with.

The fashionable solution, in an increasingly tight labor market, is to use artificial intelligence to replicate human expertise. Many initiatives are underway to instill human nuance into AI so that it can reproduce a skilled technician’s movements precisely, eliminating the need for human apprentices.

Problem solved? Not so fast. AI, while perfectly capable of performing the tasks it is taught, cannot stumble across new and better ways of doing things. The advantage of person-to-person skills transfer is that over generations, we keep improving. Technological development is an accumulation of serendipitous accidents. This is the element often overlooked in when presenting AI as a magic bullet in manufacturing.

Of course, human workers do have one huge disadvantage versus AI: They get older.

Like the Japanese population as a whole, the country’s manufacturing sector is suffering from population decline and a growing imbalance between young and old. According to a government survey, Japan’s manufacturing workforce shrank 9% from 11.7 million to 10.6 million between 2008 and 2018. While the share of workers over age 65 in manufacturing employment rose 2.4 points from 6.5% in 2008 to 8.9% in 2018, the under-35 age group fell by almost 4 points from 29.0% to 25.1%.

Allowing older workers to stay on the job longer is one way to ensure continuity on the factory floor, traditionally a strength of Japanese manufacturing. Even so, today’s work environment is not kind to older staff. Most companies — 79.3% of all companies and 88.7% of manufacturers have a designated retirement age of 60, according to a 2017 Ministry of Health, Labor and Welfare survey. Although the revised Law for the Stabilization of Employment of the Aged stipulates that employers must offer jobs to those who wish to remain employed up until the age 65, their salaries are often slashed after they hit 60 — by 20% to 40%.

When it comes to older workers, Japan could learn a lesson from Germany, another advanced manufacturing nation grappling with an aging workforce. Backed by a system of corporate governance that gives workers direct representation on company boards, and a voice in management decisions, Germany works hard to retain older skilled workers. German manufacturers often provide tailored contracts to experienced technicians, who may work three hours a day, or on call. They sometimes receive mechanical assistance, for example, with heavy lifting.

ABB, an engineering powerhouse, founded a Generations Center in 2012 in Mannheim-Kaefertal to promote a better workplace environment and in-house recruitment opportunities, as well as to address the health care needs of older employees. Bosch, a well-respected leader in automotive sector, welcomes the retired experts to return as consultants on project-basis. Companies in Germany understand that these experienced workers value respect and care, which motivates them to work harder.

In Japan, a progressive approach to older staff is easiest seen at small to mid-sized companies, perhaps due to their acute labor shortages and the short distance between the shop floor and management. A mid-sized industrial pump manufacturer, for example, handcrafted flexible working conditions for a company veteran in his late sixties. Despite suffering cancer, the employee continues to contribute in quality assurance, his specialty, while teaching the trade to younger colleagues.

The traditional manufacturing sector in Japan is vertically constructed with layers of small to mid-sized suppliers which collaborate seamlessly often despite a lack of capital ties. The older generation has built the trust to work together between companies, providing a hidden lubricant to the system. For this reason, we must not underestimate what older employees represent; human relationships in addition to technical competence.

For employers, investing in younger workers by offering training and benefits is a no-brainer. But young, talented employees may well jump ship, taking the current employer’s investment to another. Investing in senior workers, something employers may overlook, lowers that risk: Senior workers have already demonstrated their loyalty. 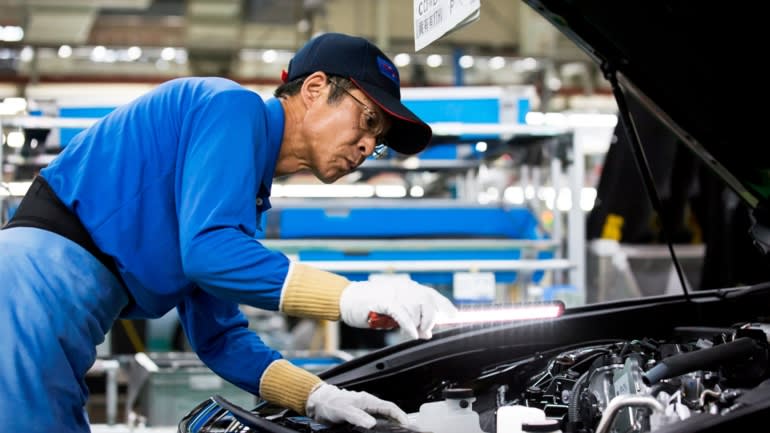 Employers must ensure that older workers’ knowledge and skills pass to the younger generation.

Keeping older engineers happy, healthy and working longer is a necessary defensive strategy. Employers must ensure that their knowledge and skills pass to the younger generation.

Older workers also preserve analog technologies and techniques. As companies digitize, analog processes are often neglected or dismissed by management. For those older staff who feel left out, a possible response might be management buyouts or starting their own companies.

There are examples of successful venture capitalists who focus on a niche group of entrepreneurs, such as SoGal ventures, which specializes in helping women entrepreneurs. Why not a Japanese fund that would invest in older engineers with access to specialized, mature technology? With proper access to the global market such companies could thrive.

Seeking external funding is not the only way to build scale. In the internet-of-things era, factories are no longer islands but can be connected online. If skilled tech workers and their shop floors are connected, they can form a networked manufacturing platform for outsourced operations through every step of the manufacturing process — from prototyping to scaling.

If those who need process expertise can be coupled with those who possess the equipment needed to do the job, older entrepreneurs can be an engine for the new “manufacturing-as-a-service” business.

The “silver economy,” is a buzzword in developed economies. It tends to focus on older people as consumers, or their particular needs, such as health care. But one must not forget older workers and entrepreneurs are a vital part of production in the silver economy. Older people are not simply warm bodies plugging a hole in the labor market, but a source of innovation and competitive advantage in manufacturing.

Check out our job postings too!