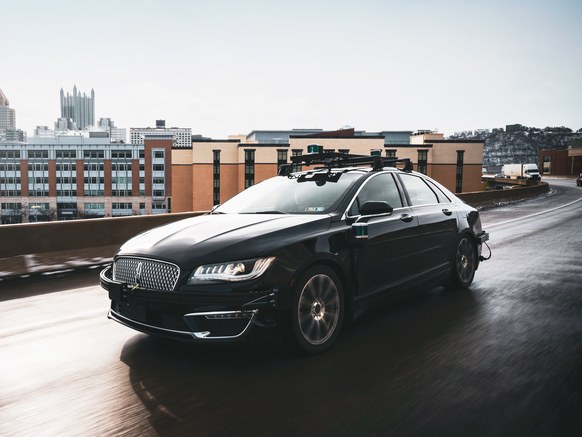 Aurora, founded by veterans of Google, Uber, and Tesla, is building technology for self-driving cars.

The autonomous vehicle industry is looking a lot like a middle-school dance. Monday, Aurora and Fiat Chrysler Automobiles announced they would work together to put the startup’s self-driving tech, called Aurora Driver, into FCA’s commercial vehicles, including cargo vans and Ram pickup trucks. On Tuesday, word leaked that Aurora and Volkswagen had discontinued their 18-month joint effort to build an urban robotaxi system.

Wednesday, Aurora and Hyundai said they’re doubling down on their own partnership, with the South Korean company (and its conglomerate partner, Kia) pouring more money into Aurora’s now $600 million Series B financing round. The companies will continue to work together to build Aurora’s tech into Hyundai’s hydrogen-powered Nexo.

Meanwhile, Volkswagen and Ford, already working together to build electric commercial vehicles, are reportedly eyeing a more intensive autonomous vehicle tech partnership based around Argo AI, the Pittsburgh-based startup in which Ford has a majority stake. Hyundai recently poured money into Yandex, the Russian tech giant that is also building robotaxi technology. FCA is still building Chrysler Pacificas for Waymo’s self-driving tests; now Jaguar is building I-Paces for Waymo, too.

Plus, earlier this year Toyota doubled down on its investment in Uber, working with Japanese automotive supplier Denso to write a $667 million check that helped the ride-hail company make its self-driving unit more independent. (Uber also worked with Volvo to release on Wednesday a new generation of its testing robocar.) In March, Daimler (which is also working with Uber) officially pooled its resources with fellow German BMW on AV and mobility efforts. Apple, with its still-stealthy self-driving program, is eyeing the startup Drive.ai as a prospective acquisition, according to a report from The Information. Honda said in October that it would contribute $2 billion to Cruise, General Motors’ self-driving unit, over the next 12 years.

Through one lens, this is just how relationships work—especially when a middle schooler, ahem, industry is young and doesn’t quite know itself yet. Even a few years ago, when General Motors acquired Cruise and Ford poured money into Argo, self-driving tech companies and more traditional automotive giants understood that they needed to work together to get passengers into robocars. “The stage we’re at now is much more open to partnerships and collaboration, a model stolen from the tech industry 15 years ago,” Thomas Jönsson of Autoliv, a leading supplier of car safety systems, told WIRED back in 2017.

Now these breakups and makeups show that the companies understand better what they need from a partner, or at least have the good sense to know when something isn’t working. VW and Ford, for example, have been in talks about all sorts of collaborations, so it makes sense that VW would prefer Ford’s self-driving partner, Argo, to Aurora. (Some executive turnover at the German automaker probably helped, too.)

Through another lens, these alliances are signs of industry consolidation—no surprise in a sector that has spent billions to develop a tech that has yet to become a commercial product. Many in the industry have adopted the notion that self-driving tech will become more commodity than distinguishable branded product, says Mike Ramsey, an analyst at the research firm Gartner. That would mean the real money is in getting your technology into as many hands—or beneath as many butts—as possible. And after all that spending on research and development, no one wants to be left holding the bag. “This was always going to happen,” says Ramsey. “The musical chairs are disappearing.”

What sets 2019’s alliances apart from those made just a few years earlier are the deals between big automakers: Daimler and BMW; Ford and VW; Honda and GM. As tech development grinds on, even some of the largest multinational corporations in the world seem to need a dance partner.