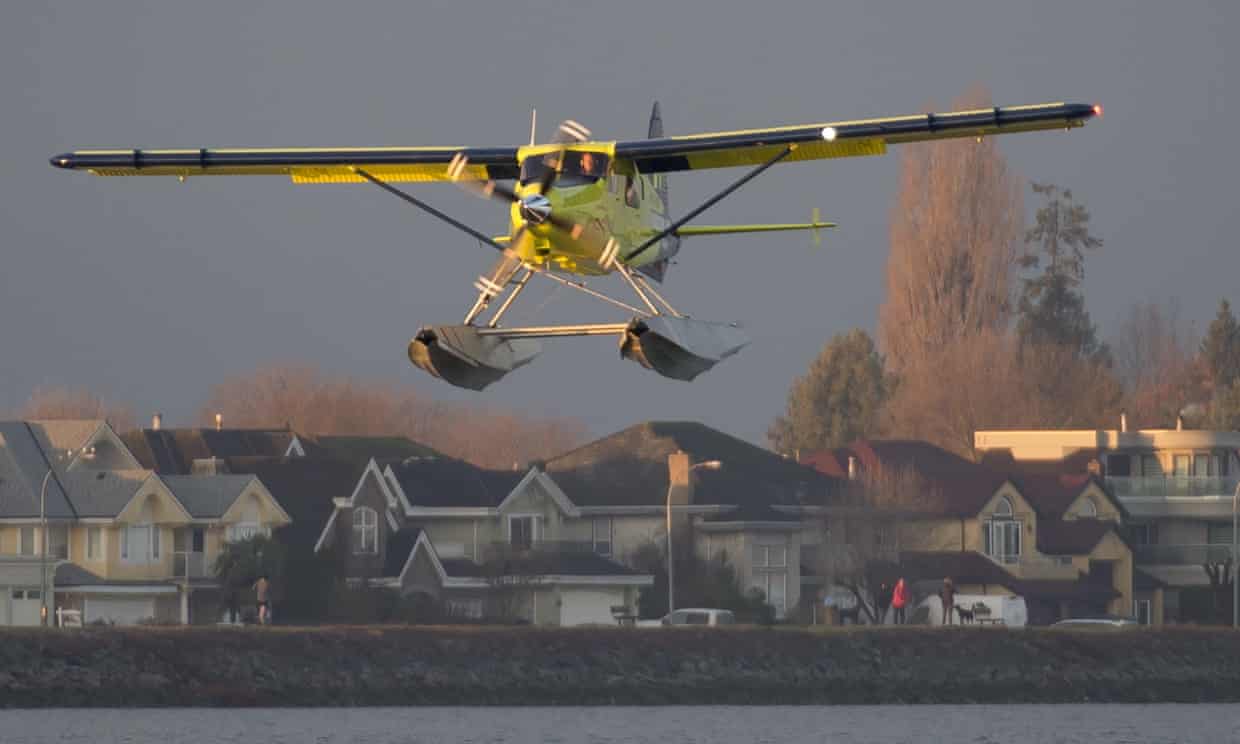 The world’s first fully electric commercial aircraft has taken its inaugural test flight, taking off from the Canadian city of Vancouver and flying for 15 minutes.

The company designed the plane’s motor and worked in partnership with Harbour Air, which ferries half a million passengers a year between Vancouver, Whistler ski resort and nearby islands and coastal communities.

Ganzarski said the technology would mean significant cost savings for airlines and zero emissions. “This signifies the start of the electric aviation age,” he said.Civil aviation is one of the fastest-growing sources of carbon emissions as people increasingly take to the skies, and new technologies have been slow to get off the ground.

The International Civil Aviation Organisation (ICAO) has encouraged greater use of efficient biofuel engines and lighter aircraft materials, as well as route optimisation.

The e-plane – a 62-year-old, six-passenger DHC-2 de Havilland Beaver seaplane retrofitted with a 750hp electric motor – was piloted by Greg McDougall, founder and chief executive of Harbour Air. “For me that flight was just like flying a Beaver, but it was a Beaver on electric steroids. I actually had to back off on the power,” he said.

McDougall took the plane on a short loop along the Fraser River near Vancouver international airport in front of around 100 onlookers soon after sunrise. The flight lasted less than 15 minutes, according to an AFP journalist on the scene.

“Our goal is to actually electrify the entire fleet,” said McDougall.

On top of fuel efficiency, the company would save millions in maintenance costs because electric motors require “drastically” less upkeep, Mr McDougall said.

However, Harbour Air will have to wait at least two years before it can begin electrifying its fleet of more than 40 seaplanes.

The e-plane has to be tested further to confirm it is reliable and safe. In addition, the electric motor must be approved and certified by regulators.

In Ottawa, transport minister Marc Garneau said ahead of the maiden flight that he had his “fingers crossed that the electric plane will work well”. If it does, he said: “It could set a trend for more environmentally friendly flying.”

Battery power is also a challenge. An aircraft like the one flown on Tuesday could fly only about 160km on lithium battery power, said Ganzarski. While that’s not far, it’s sufficient for the majority of short-haul flights run by Harbour Air.

“The range now is not where we’d love it to be, but it’s enough to start the revolution,” said Ganzarski, who predicts batteries and electric motors will eventually be developed to power longer flights.

While the world waits, he said cheaper short-haul flights powered by electricity could transform the way people connect and where they work. “If people are willing to drive an hour to work, why not fly 15 minutes to work?” he said.